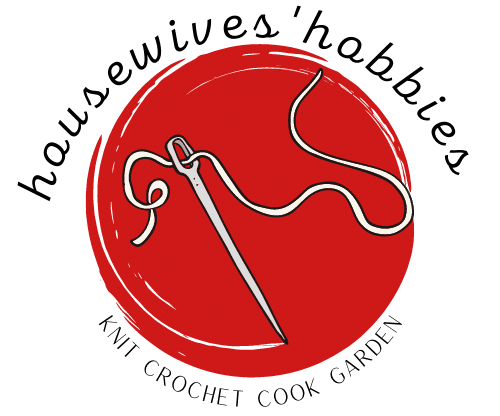 For the frigid cold temperatures you will need a warmer knit hat. When  those frigid winds ripped through your current hat and nearly froze your ears. Immediate action needed to be take and that meant knitting up a warmer hat. Have fun with this simple knitting patterns for hats.

These were knit in the round which is great for hats because when once you’re done knitting, you’re done with the hat. No need to sew up seams or anything. I knit the purple one first on US15 circular needles first. It came out fine. I didn’t make it long enough so I feel a bit like Marvin in it (as in themartian). The pink/white version was longer so its a bit more slouchy and I think fits better. I started the second one on US13 circular needles then switched to the 15′s after the ribbing which is definitely the way to go. Using the smaller needles for the ribbing makes it tighter around your head.

The pom poms are totally optional. So I think if you make this hat, you should add the pom pom.

CO 40 stitches on the US 13 needles. Join together being careful not to twist your stitches.

Round 1 (Color A): Switch to US15 needles. Increase to 60 stitches by KFB in first stitch, K1, repeat for whole round.
Round2-?(Color A): Simply knit in the round until hat measures 8″ from the bottom (including the ribbing)
Change colors (Color B) and knit for 2″ more.

Cut yarn and thread onto tapestry needle. Thread through the remaining 5 loops. Bring the needle down through the center of the hat and pull tight. Knot.

Add pom pom to top of the hat.

Very good blog you have here but I was curious about if you knew of any community forums that cover the same
topics talked about in this article? I’d really love to be a part of
community where I can get comments from other experienced people that share the same
interest. If you have any suggestions, please let
me know. Cheers!

I at all times emailed this website post page to any or all my contacts, because if like to
read it then my friends will too.

What’s up friends, how is all, and what you want to say concerning this post,
in my view its truly remarkable designed for me.

Hi there, this weekend is pleasant in favor of me, since this moment i am
reading this great educational post here at my house.

This is really attention-grabbing, You are a very skilled blogger.

I have joined your feed and look ahead to searching for more of
your great post. Additionally, I have shared your site in my social networks

Perhaps you have thought about including a bit more than simply your articles?
I mean, everything you say is important and all. But imagine should
you added some very nice graphics or videos to present your posts
more, “pop”! Your site content is fantastic however with images and videos,
this site could certainly be one of many best in their field.
Great blog!

Thank you for some other excellent post. The place else could anybody get that type of info in such a perfect manner of writing? I’ve a presentation subsequent week, and I’m on the search for such information.

I will immediately take hold of your rss when i
cannot in locating your e-mail subscription link or newsletter service.
Do you’ve any? Kindly permit me realize as a way that I could subscribe.

Fabulous, what a website it is! This blog gives useful information to us, keep it up.

Thank you for every other great post. The place else could anybody get that type of info in such an ideal approach of writing?
I’ve a presentation next week, and I’m at the look for such info.

That is really attention-grabbing, You’re an overly skilled blogger. I’ve joined your feed and look forward to in search of extra of your fantastic post. Additionally, I’ve shared your website in my social networks.

You ought to get involved in a competition first of the
finest blogs on the web. I am going to recommend this web site!

I just want to say I am just all new to blogs and definitely savored you’re web page. Probably I’m want to bookmark your blog post . You certainly have fantastic articles and reviews. Thanks a bunch for sharing your blog site.

May I simply just say what a relief to uncover a person that truly understands what they’re
discussing over the internet. You actually know how to bring a
problem to light and make it important. More and more people should look at this
and understand this side of the story. It’s surprising you aren’t more popular because you
certainly have the gift.

Hello there! I could have sworn I’ve visited this website before but after considering some of the articles I realized it’s new to me.
Nonetheless, I’m certainly pleased I discovered it and I’ll be
bookmarking it and checking back often!

Great site. A lot of useful information here.
I am just sending it to several buddies ans additionally sharing in delicious.
And obviously, thanks on your own effort!

Howdy! Do you use Twitter? I’d like to follow you if that would be
ok. I’m definitely enjoying your blog and look forward to
new updates.

You made some nice points there. I did a search on the issue and found most persons will agree with your site.

“Thanks for sharing, this is a fantastic article post.Really looking forward to read more. Great.”

Housewiveshobbies is a place where you can find your next free knitting pattern, an easy crochet patter to make, a delicious cooking recipe and the best tip and trick for your garden.